be revived We will revive charm of real estate that was sleeping We make undervalued properties profitable.

Do you have an old or run-down property? Useless inheirited property? A small plot of land that is difficult to use? There are many reasons why it's hard to utilize these kinds of properties.

We here at Tribute acquire these undervalued properties and use our experience and network to renew them in ways that the real estate market values. Our expertise includes renovation, negotiation with neighbors, legal assistance, finances and more.

Tribute acquires property from owners after sufficient inspection.
We supply these properties to the market after employing our expertise
in property renewal and raising its value.

Our brokage deals are safe and based on sufficient inspections

Relax and leave negotiation
with tenants to us 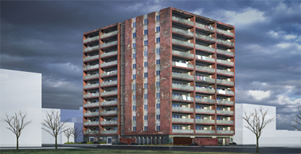 Low occupancy rates even in a prime location, because the owner independently manages the property 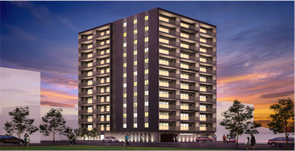 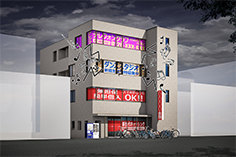 This building had noise complaints from neighbors and had a bad image because tenants did not follow the rules. 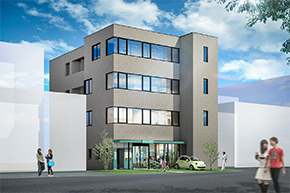 Rules were set and managed, negotiations were made with those who broke the rules to move out, and tenants were selected

In this case, the tenant on the third floor operated a dance studio and always kept the windows open, resulting in noise complaints from neighbors. Although they were warned a number of times, the situation did not improve.Other tenants had also applied a film to the windows without permission, which also made the building look bad. This building was renewed with our company's support by making repairs to infrastructure, setting rules for the building's tenants, negotiating with those who broke the rules and vacating rooms legally and carefully selecting new tenants. It's now an excellent property. 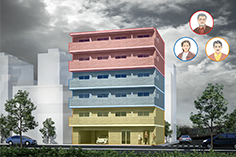 This apartment complex was inherited and owned jointly by multiple people. Each owner had different expectations, and so they were unable to sell the property. With our company's support, a single owner was established, and funds from sale were distributed according to the owner's share of land. 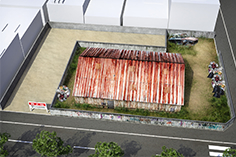 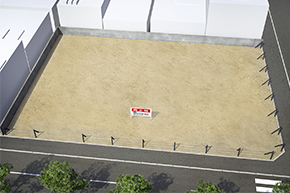 After buying the adjacent property, the building was demolished and renewed

The value of this land was very low because the entrance was very narrow and had an irregular shape. Plus the adjacent building looked terrible. Our company acquired the adjacent property, demolished the building that was there and renovated the irregular structure. We successfully renewed the property, so that it could be sold at a high value. 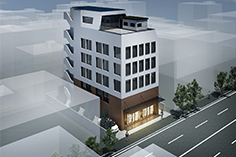 The parking space was repaired illegally by a tenant without a permit. The lot was too large in relation to the size of the building and did not conform to the Building Standards Act. 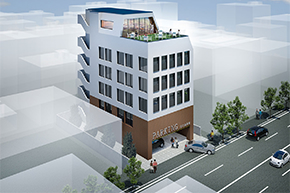 The illegal portion of the lot was corrected, and we made the first floor back into a parking lot. We also improved the investment by making the roof a cafe terrace.

This property did not conform to the Building Standards Act because repairs were made to the first-floor parking space without a permit. The illegal portion of the lot was corrected, and we made the first floor back into a parking lot.

※Click to see each case example.

Restoring legality to legitimize property
Recommended for these types of cases 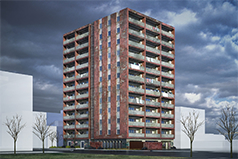 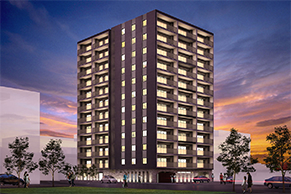 In this case, occupancy rates remain low because the property has aged and deteriorated with time, but no maintenance or repair work was done. Our company redid the building's exterior, renovated the interior, selected an outside management company, and arranged for periodical cleaning to transform it into a well-managed property. Leasing was strengthened, and occupancy rates rose with the support of our company.

Recommended for these types of cases

I inherited property, but I have no way to use it
I'm reluctant to get in debt
I have property but I'm not interested in managing it
I need funds immediately